BALI’s largest volcano Mount Agung has forced thousands of residents to evacuate their homes. Here is the latest news and live updates.

Steam was observed rising between 50 and 1,500 metres above the volcano’s crater yesterday, though there has been no major change in volcanic activity.

The volcano alert in Bali remains at the maximum level four, meaning an eruption is imminent. 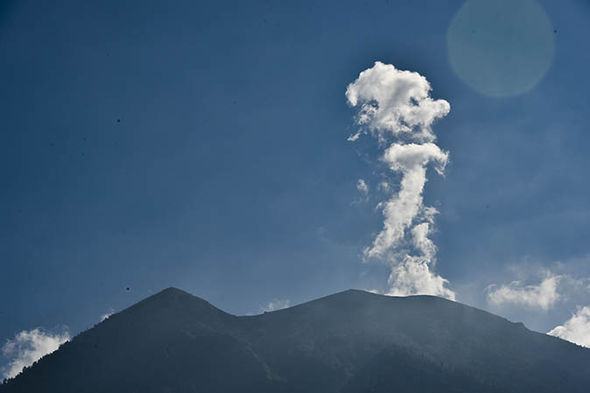 Bali volcano update: Bali residents have been warned to stay away from Mount Agung

2pm: Bali residents warned to stay away from Mount Agung

Bali officials have repeated calls for residents to stay out of Mount Agung’s danger zone, after a number of people made attempts to climb the volcano.

Dr Janine Kripper, a volcanologist monitoring Mount Agung, translated a report by the Indonesian National Board for Disaster Management.

She said: “If anyone is injured on Agung – search and rescue teams will have to risk their own lives to retrieve them.

“The crack the crater and steam being produced (+ seismicity) shows us all the rise of magma towards the surface.

“People entering the danger zone around Sinabung resulted in 17 people losing their lives on 11/2/2014.

“The rising magma at Agung can not be seen with the naked eye. But recorded in instrumentation mounted by PVMBG.

“Do not take pictures & videos & disseminate them on social media. This action makes people confused and restless.”

A live stream of Mount Agung has been set up in the hopes of capturing its possible eruption on camera.

The CCTV stream above was posted by Telkomsel Balinusra and has been running since October 1.

Volcanologists in Bali recorded 169 tremors around Mount Agung between midnight and 6am local time today. 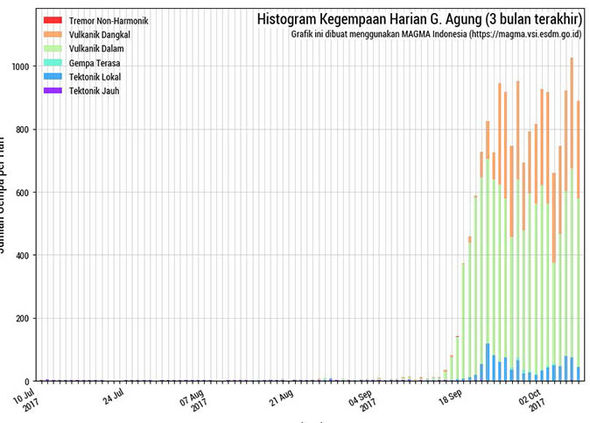 Karl Kaddouri, a Frenchman living in Bali, has posted photos and video of himself next to Mount Agung’s smouldering crater.

Despite authorities repeatedly warning people to stay at least 7.5 miles away from Agung, Mr Kaddouri scaled the volcano to get out of his “comfort zone”.

11.28am: To recap on Mount Agung eruption

Balinese locals are living under a state of emergency with volcanologists warning that Mount Agung could erupt at any time.

The volcano is emitting a continuous white plume from its crater and MAGAMA Indonesia has warned that the volcano is increasingly likely to erupt.

“Based on our visual and instrumental observation, Agung volcano is exhibiting heightened unrest with increased likelihood of eruption,” Bali’s volcano agency said.

More than 140,000 people abandoned their homes to escape Agung, after the volcano alert in Bali was raised to the maximum level 4 on September 22.

However, about 70,000 evacuees were ordered to return home by Bali officials because they faced no immediate danger.

Mount Agung has not erupted for nearly 55 years, when a series of explosions killed more than 1,100 people and injured 300 more.

Bali Governor I Made Mangku Pastika has “guaranteed” that there will be no volcano victims this time around. 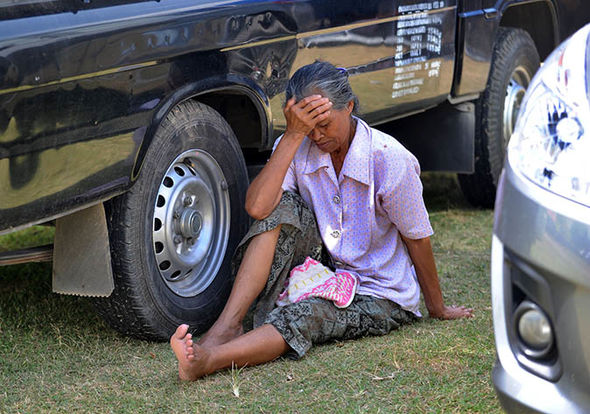 Bali volcano update: Thousands of people have been evacuated from Mount Agung

After joining a Hindu prayer ceremony at the island’s holist temple, he said: “The population of those villages [in the exclusion zone] is about 70,000.

“All of these people have already evacuated so the place is empty.

“If something happened, even if an eruption happened today, I guarantee there will be no victims.”

China’s armed forces have voiced support for the ruling Communist Party’s controversial proposal to end the two-term limit on...

North Korea threatens to ‘counter’ US over military drills

Asia Stands up to ‘Waste Colonialism’