Don’t mention the US-China trade war: Asia and Asean are pressing ahead with their own deals

Don’t mention the US-China trade war: Asia and Asean are pressing ahead with their own deals

Global trade is currently headed in two directions – it is simultaneously slamming shut and opening up for Asia.

The continuing tensions in trade between the United States and China are starting to spill over into supply chains crossing Asia.

The rise in tariffs both ways is increasingly snagging large and small firms, with the likelihood of further damage on the horizon. Changing trade policies, like stricter investment screening, restrictions on cross-border movement of data and information, new rules on taxation for e-commerce and so forth promise more pain for many firms.

At the same time, however, the most significant new trade agreement in decades is poised to enter into force in January. The Comprehensive and Progressive Trans-Pacific Partnership (CPTPP) took several new big steps this week through legislature passed in Australia and Canada. When it starts, it will significantly lower barriers to trade for member firms and deliver new benefits for companies in the seven Asian CPTPP countries.

These talks, led by the Association of Southeast Asian Nations (Asean), are racing to the finish line after 24 rounds of discussions. Officials hope to be able to announce a substantial conclusion of this comprehensive agreement at the Leaders’ Summit in Singapore next month. 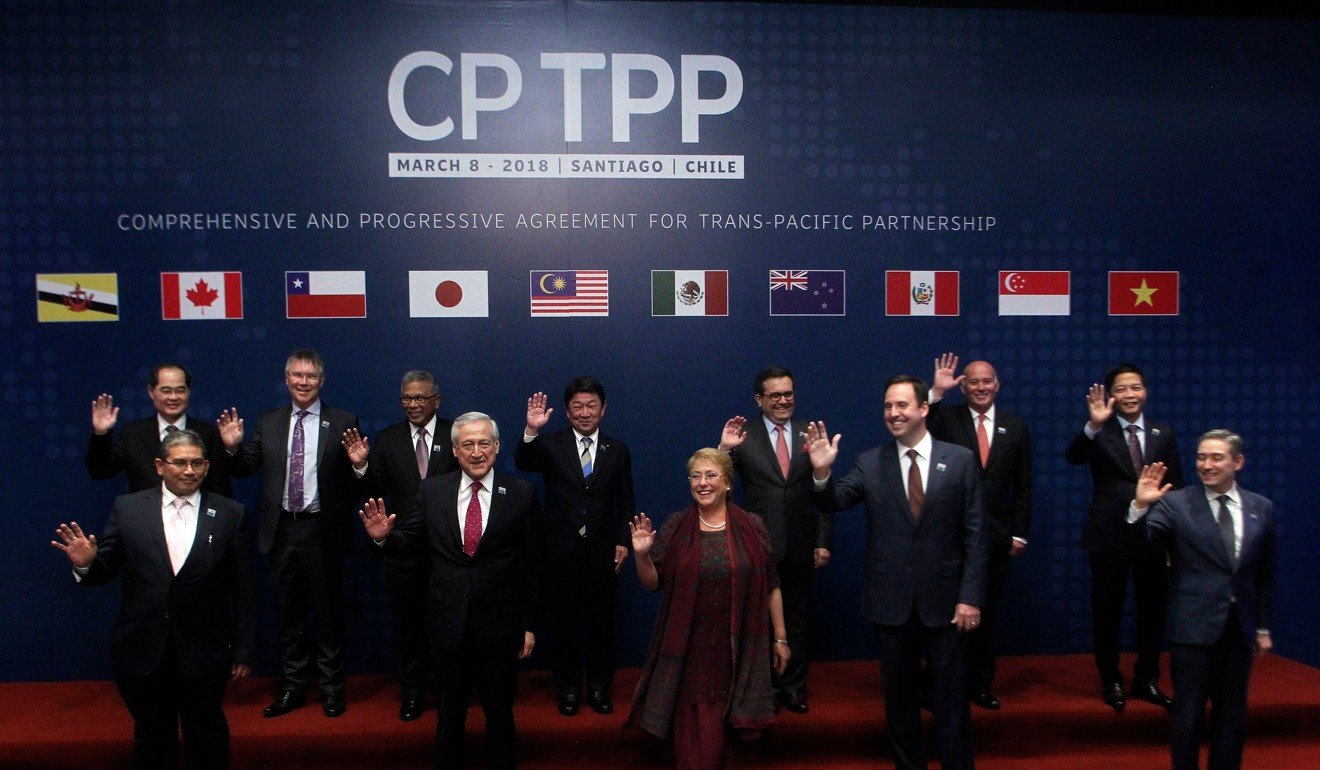 The Comprehensive and Progressive Trans-Pacific Partnership is poised to enter into force in January. Photo: AFP

RCEP is not CPTPP. The agreement is not as deep or broad. The gaps between members are substantial on every dimension – from size (China and India to Laos) or wealth (Japan or Singapore to Cambodia) or resources (Indonesia and Australia to New Zealand). Bridging these divides has been very difficult.

This three-way connection is proving problematic as the talks reach the finish line. India is quite reluctant to open its market for goods to Chinese manufacturing. China is pressing Japan for more access, partly to offset what is likely to be a rather poor opening position from India.

The services negotiations have also been challenging. Most of the Asean markets’ opening commitments for services (like business processing, retail, transport, financial services, travel and tourism) to date have been limited. Asean members have been reluctant to pledge additional access to much larger members in RCEP.

E-commerce has a special chapter in RCEP. Asian countries lead the world in the penetration of e-commerce and digital services, particularly mobile. This would have made RCEP a natural home for groundbreaking commitments to facilitate trade in e-commerce goods and digital delivery of services.

Many of the most globally innovative companies can be found in RCEP. Smaller companies are increasingly using digital methods to find new markets and customers or to become part of larger company supply chains. 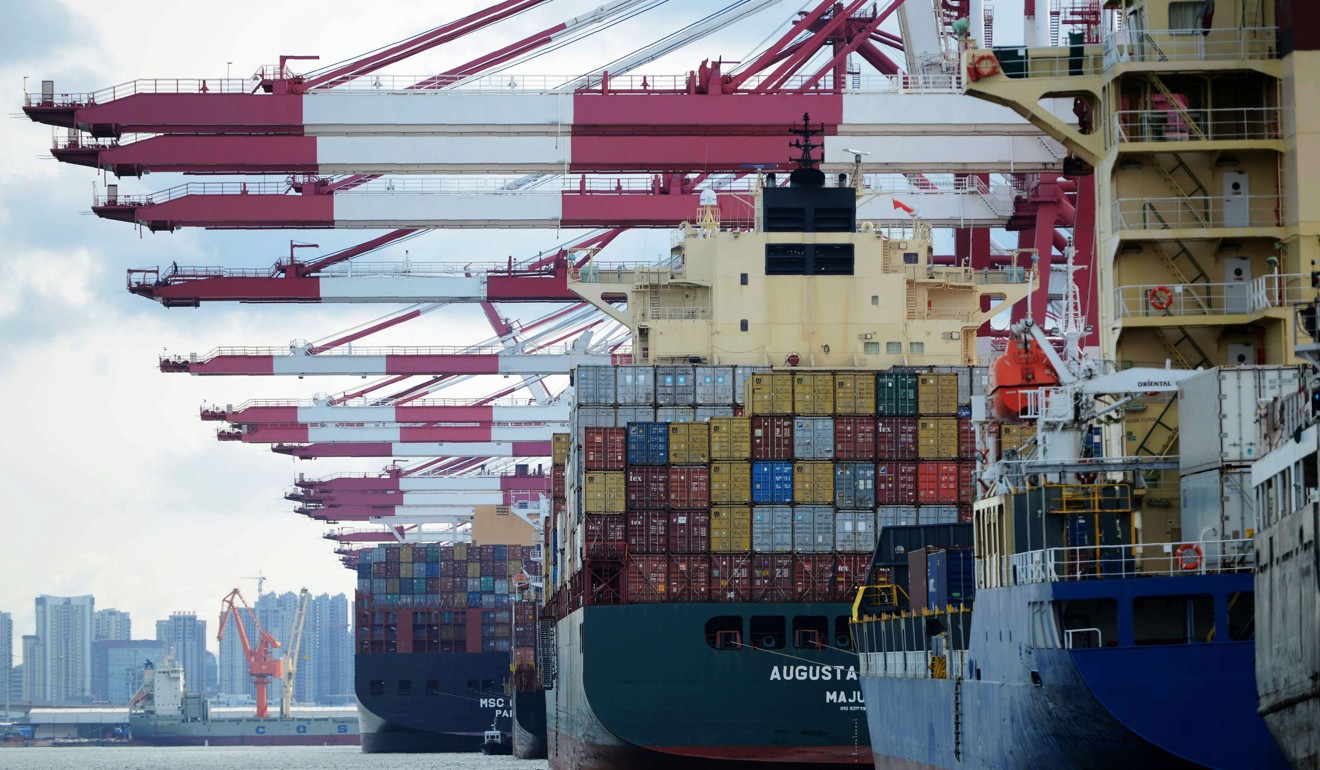 Most of the work has been done for the Regional Comprehensive Economic Partnership, but officials are rushing to finish key items before next month. Photo: AFP

Despite the importance of digital now and into the future, some RCEP members remain deeply reluctant to engage on this issue. Hence the final agreement will not include many of the important elements for firms. It means that small companies, in particular, will face higher costs, more difficulties, and lower security in the future than they might have otherwise obtained.

Another challenging issue for some RCEP economies has been the protection of investment assets. While every country wants inbound investment, ensuring that governments do not arbitrarily expropriate or seize these investments without fair compensation has been difficult.

RCEP has now defaulted to sector-specific commitments for investor protection. Officials must determine which sectors are to receive these benefits and which will not.

Companies grapple regularly with inconsistent and arbitrary application of standards, labelling and other regulatory issues in Asia. RCEP officials are also still considering whether to include specific committees for some sectors to allow government and business to meet and discuss potential ideas about future regulations.

In short, while most of the work has been done in most of the chapters of RCEP, some key work remains. Officials are rushing to get things finished in time.

It will not be easy. The mid-November deadline is coming up fast. Despite so many rounds of meetings, pushing through the final sensitive areas is quite challenging. Some of the topics, such as locking down the final rules of origin or confirming the last tariff cuts, can be time consuming to finish up.

At a time of rising global trade tensions, however, the entry of CPTPP and the near-conclusion of RCEP highlight the desire of Asian governments to continue to press ahead with trade integration in the region.

A strike among pilots at Taiwan’s flag carrier China Airlines dragged into a third day Sunday, resulting in further flight...