Chinese smartphone maker Vivo has developed a concept phone featuring a pop-up selfie camera for a better display experience, challenging Apple’s full screen display approach with its iPhone X, which provides a notch at the top for the front facing camera and sensors.

When the Vivo camera’s selfie function is activated, a front-facing 8-megapixel lens, hidden inside the phone body, extends automatically from the handset’s top edge, according to a prototype phone showcased by Vivo during the Mobile World Congress (MWC) in Barcelona this week.

The Chinese smartphone maker also moved other front sensors and components to the top and bottom edge of the device, making it one of the most bezel-less designs in the market as the space between the screen and the phone edge is 1.8mm around the top and sides and 4.3mm along the bottom. 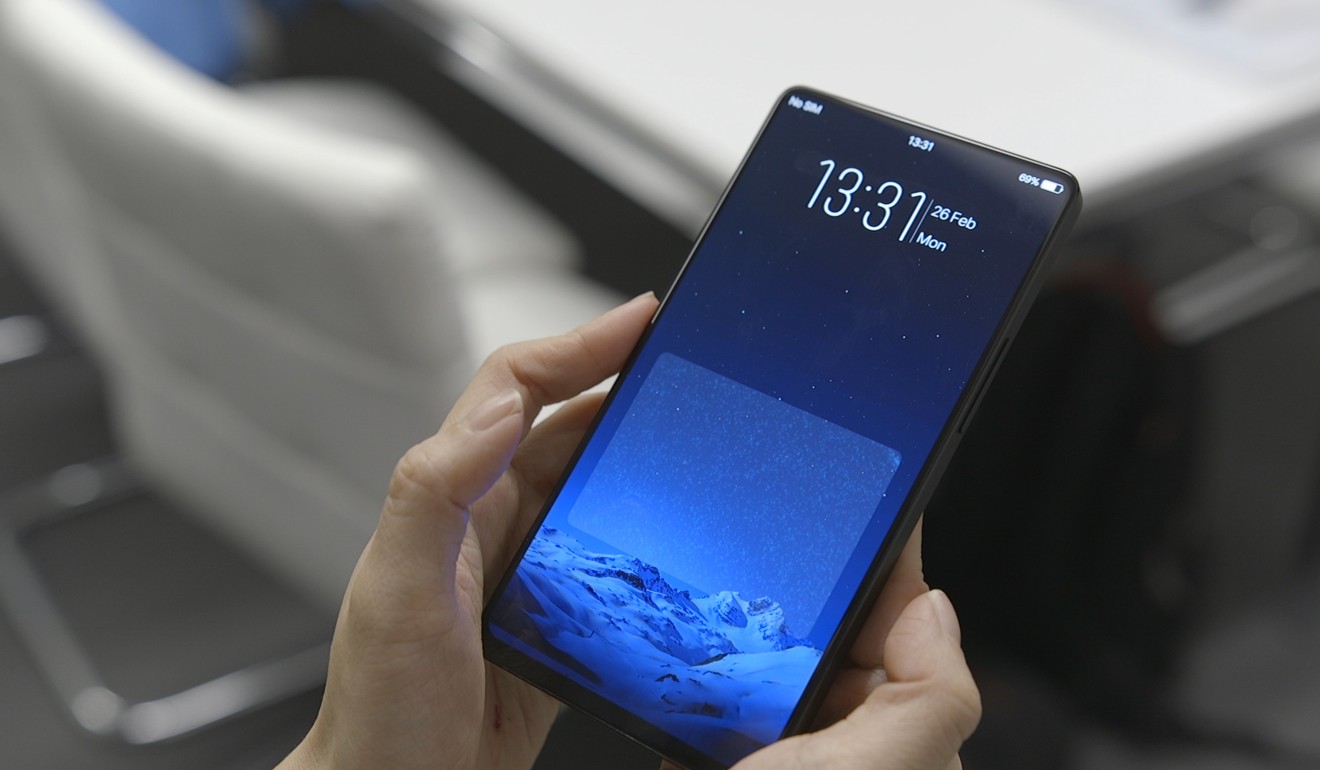 Vivo, currently the third-largest smartphone vendor in China whose domestic shipments declined 0.8 per cent to 68.6 million units last year, is trying to deliver products that appeal to younger users to reclaim lost ground after its major competitors Huawei, Oppo and Xiaomi all posted positive growth in 2017, according to IDC data.

As the demand for electronic devices equipped with full-sized screens grows, all major brands are trying to come up with solutions to make the largest screen possible to deliver an even better viewing experience for users.

Unlike most Android phone makers that leave space at the top of the screen for the front camera, sensors and components, Apple’s iPhone X was the first in the industry with a design featuring a curved notch to accommodate the front camera and sensors.

A number of Chinese smartphone brands, including Huawei and Oppo, are rumoured to be adopting a similar solution for their upcoming new flagships models, with the design jokingly being called “bangs-style” by some Chinese consumers because it looks like a fringe hair cut.

Vivo said it believes its pop-up camera design would bring the bezel-less innovation to a whole new level as it showcases breakthroughs in camera, speaker and sensor elements, offering a rethink of the design structure of conventional smartphones.

“We’ve accumulated enough experience and expertise to push for a new era of full-screen smartphones,” said Alex Feng, senior vice-president at Vivo, adding that there is no timetable for the commercial launch of the bezel-less prototype phones.

During CES in Las Vegas in January, the Shenzhen-based company introduced the world’s first handset enabling users to unlock the device with a fingerprint scan on the screen, a move seen as the Android based phone industry’s answer to Apple’s Face ID technology on iPhone X models as vendors eliminate home buttons to make way for bigger displays.

For the concept phone, Vivo further enhanced its on-screen fingerprint scanning technology by expanding its availability to the bottom half of the phone instead of just a small circle that supports the press-and-unlock function.

But unlike the ready-to-use on-screen fingerprint scanning technology which was immediately adopted in Vivo’s X20 Plus UD models launched in Beijing on January 25, the company did not elaborate on the technical challenges for mass production. Separately, Huawei Technologies released its high-end MateBook X Pro laptop in Barcelona on February 25. A pop-up camera is embedded under the F6 key on the keyboard instead of on the computer screen to achieve a 91 per cent screen-to-body ratio, the highest in the industry.

“A pop-up camera for a laptop sounds more plausible to me as its inner space is bigger and the technical difficulties would be lower,” said Zhao Ziming, a senior analyst at Beijing-based consultancy Cyzone.

Vietnam is on a path this year to approve its biggest trade expansion since the country joined the World Trade...

The Latest: US holds talks on next steps with North Korea