All political car Eers, it is said in Britain, end in failure. That may be true in Britain, but if we think about leaders, it is not the case everywhere. In the United States, for example, it is possible for presidents to step down at the pinnacle of their success. Just consider Ronald Reagan, who left office having triumphed peacefully over the Soviet Union in the cold war.

By contrast, British prime ministers generally depart in ignominy. Either they get humiliated at the ballot box, like Gordon Brown after the Labour Party’s 13-year rule, or they get unceremoniously defenestrated by their own party, like Margaret Thatcher after her 11 years in power.

One reason for this transatlantic divergence is that American presidents have term limits on their years in office. British prime ministers do not. In the US, presidents must step down after a maximum of two four-year terms in the White House. In Britain, prime ministers tend to stay in the job until involuntarily ousted. That is why their careers inevitably end in failure.

Now, by scrapping term limits on China’s presidency, Xi Jinping has made it a great deal more likely that his own political career will end in ignominious failure. A propaganda poster showing China’s President Xi Jinping next to a freeway outside of Tongren, Qinghai province. Photo: AFP

The standard Xi will be judged by is whether he can realise his “Chinese dream” of the “great renewal of the Chinese nation”. This is usually described nebulously as building “a great modern socialist country”. But Xi’s objective is clear: he wants China to become a global economic, political and military superpower.

However, achieving the economic element of this plan is not going to be easy. And all the signs are that Xi’s style of government and economic policy are going to make it even more difficult.

Optimists hope that now he has secured his position in power, Xi will switch his attention to economic reform. They say he will liberalise business sectors by opening protected industries to competition, privatising smaller state-owned firms and overhauling the governance of larger ones. These steps are necessary, they argue, if Xi is to unleash the growth potential needed to create “a moderately wealthy society” in the next few years. They are right that more liberalisation is necessary to ensure the long-term sustainability of China’s economic growth, but there are few signs Xi is heading that way.

Yes, there has been a lot of recent talk about “supply-side reform”, which sounds a lot like Reagan-era deregulation. And yes, Beijing’s policy of “mixed ownership reform” sounds like privatisation. But in China, neither is what it seems.

Far from implying a hands-off approach to production, Xi’s notion of supply-side reform means imposing output quotas to manage prices. And instead of distancing government from business, mixed ownership reform has in many cases seen state-owned companies brought more closely under Beijing’s control. Meanwhile, Xi is tightening his grip on China’s bureaucracy, which will limit the discretion of officials and stamp out much of the local initiative that has helped propel growth. By setting up the National Supervision Commission, Xi is extending the Communist Party’s arbitrary disciplinary regime across the whole of China’s state. Now, officials who fail to “effectively implement” his edicts will be guilty of “corruption by inaction”.

This is the opposite of liberalisation. It is doubling down on autocracy. The shortcomings of this approach were highlighted in November and December, when officials in Northern China banned businesses and households from burning coal in a misguided attempt to achieve Xi’s pollution reduction targets. The result was a near doubling in natural gas prices, the closure of businesses and acute discomfort for millions who were left without adequate heating during winter. 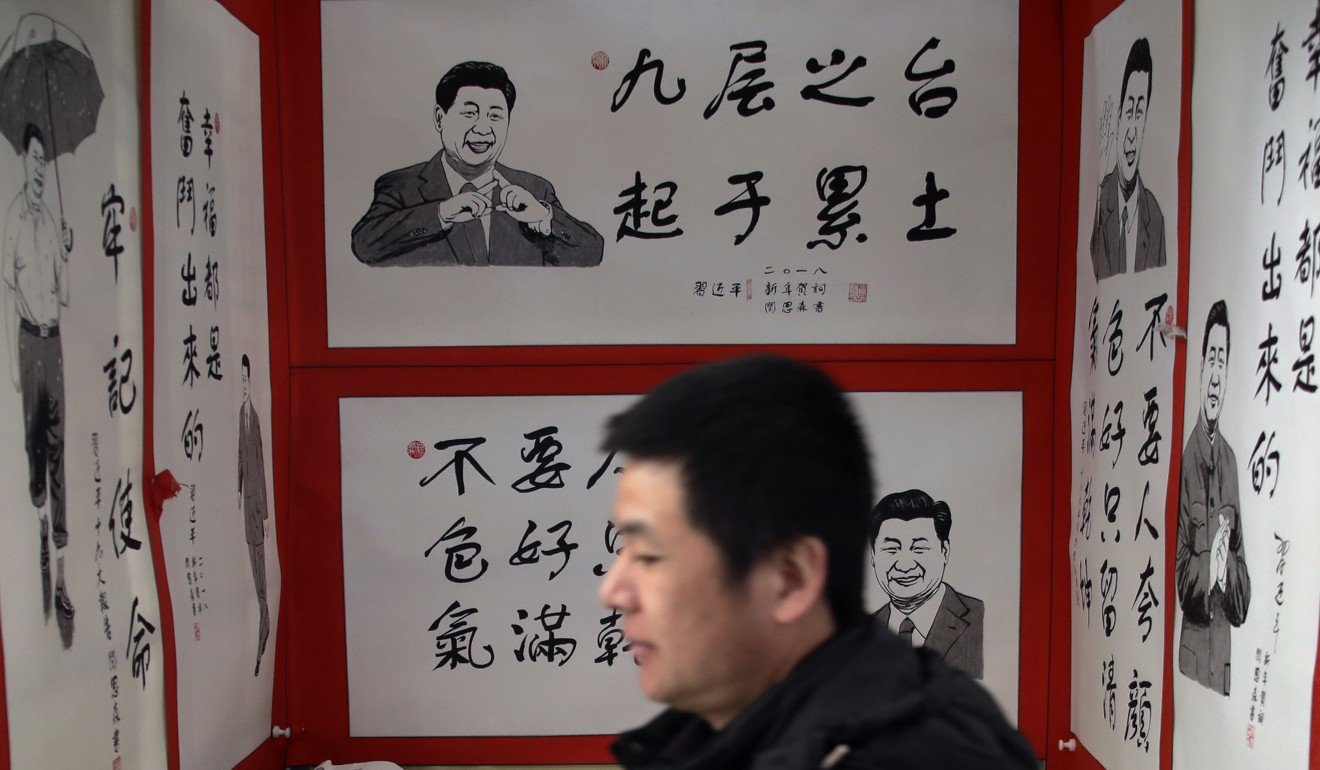 Posters featuring drawings of Chinese President Xi Jinping and his quotes at a market in Beijing. Photo: AP

The coal ban was quickly reversed, but the disruption has been blamed for contributing to a recent decline in China’s manufacturing survey data. Unfortunately, when a display of enthusiastic compliance with central government directives is deemed more important than efficient outcomes, more snarl-ups will inevitably recur.

This is troubling because Xi’s drive to centralise and tighten his control over China’s state machinery and economy will rein in – rather than unleash – animal spirits and economic enterprise. The risk is that, with meaningful market-oriented liberalisation largely off the table, China will fall back on a continued expansion of debt to maintain even moderate growth over coming years.

That will be unsustainable. It is already likely that the rapid growth of debt seen during Xi’s first five years in power – debt is now estimated at around 270 per cent of gross domestic product, up two-thirds over the last 10 years – has led to a misallocation of capital on a massive scale. In other words, it is likely that much of the new debt has turned bad. At some point in the coming years the bad debts will have to be recognised and written off. The process can be open or disguised, but either way the economy will bear the cost. Just as the rapid accumulation of debt artificially boosted China’s headline economic growth rates in recent years, the acknowledgement and working out of the resulting problem debts will slow growth in years to come.

In short, the economy will struggle to sustain the growth rates needed to realise Xi’s Chinese dream. And Xi’s autocratic style of government will only make it even more difficult to achieve his economic goals. If he were to step down from the presidency after another five-year term, most likely it would be his unfortunate successor who would get the blame. But by scrapping the two-term limit on his time in office, Xi has greatly increased the chances that – like a British prime minister – his political career will be seen to end in failure.

Can China avoid sliding back into strongman politics as Xi Jinping reshapes charter in his own image?

China says to move quickly on US trade consensus

China said on Wednesday (Dec 5) it would push forward trade negotiations with the United States in the next...

The dying rivers of ASEAN