The US-led plan to fight China’s ascendancy in Asia takes shape – but can Washington fund it?

The US-led plan to fight China’s ascendancy in Asia takes shape – but can Washington fund it?

The State Department hints, however, that the US is fighting back on this front, too. A bill currently before the Senate would double US development finance capacity to US$60 billion to support private investment in “strategic opportunities abroad”. Yet this is tiny compared to Asia’s infrastructure and other investment needs, which the Asian Development Bank has put at around US$26 trillion.

When Donald Trump withdrew the US from the Trans-Pacific Partnership (TPP) in 2017 he appeared to open the door to Chinese domination of the Asia-Pacific. Now, his administration seems intent on redressing this strategic blunder by resorting to a kind of economic warfare against China while courting other Asian nations.

China Cancels Trade Talks with US After New Tariffs

Trump tariffs, directed at China in particular, threaten to reduce not only China’s export earnings but also its ability to generate the foreign exchange reserves which are a major component in financing President Xi Jinping’s Belt and Road Initiative. This could undermine China’s growing geopolitical and economic outreach in Asia.

Pompeo and other senior US administration officials have meanwhile launched a kind of public relations blitzkrieg (from Washington and Manila) in what they term the “Indo-Pacific” region, with the apparent intention of proving that the US is in the process of making a big comeback following Trump’s withdrawal from the TPP and, some feared, from Asia.

The term “Indo-Pacific” has become part of Trump speak to suggest that the heart of Asia (also embracing Australasia) is the Indian Ocean, as distinct from a China-centred Asia-Pacific region, and that this will become the focus of East-West economic and security cooperation from here on.

White House policies under Trump have been so confused and contradictory that it is tempting to see these recent moves as random reactions rather than part of a concerted foreign policy. But whether by design or intention, Trump’s tariffs have taken on the appearance of a pinpointed counter-attack on China’s economic challenge in Asia.

If so, the strategy is smart because it threatens to erode the advantage China has had in being able to mobilise state funds in support of the belt and road scheme and other overseas projects. The US administration, by contrast, is unable to command sufficient resources to mount a convincing financial challenge to the scheme and needs to rely on soliciting private funds.

This counter-move on the part of at least some members of the Trump administration suggests that a more subtle and selective approach is being adopted in the wake of the TPP debacle. Punitive tariffs are being directed nominally at other US trading partners (for example, Japan, the European Union and Canada) but exemptions make it possible to target China in particular. 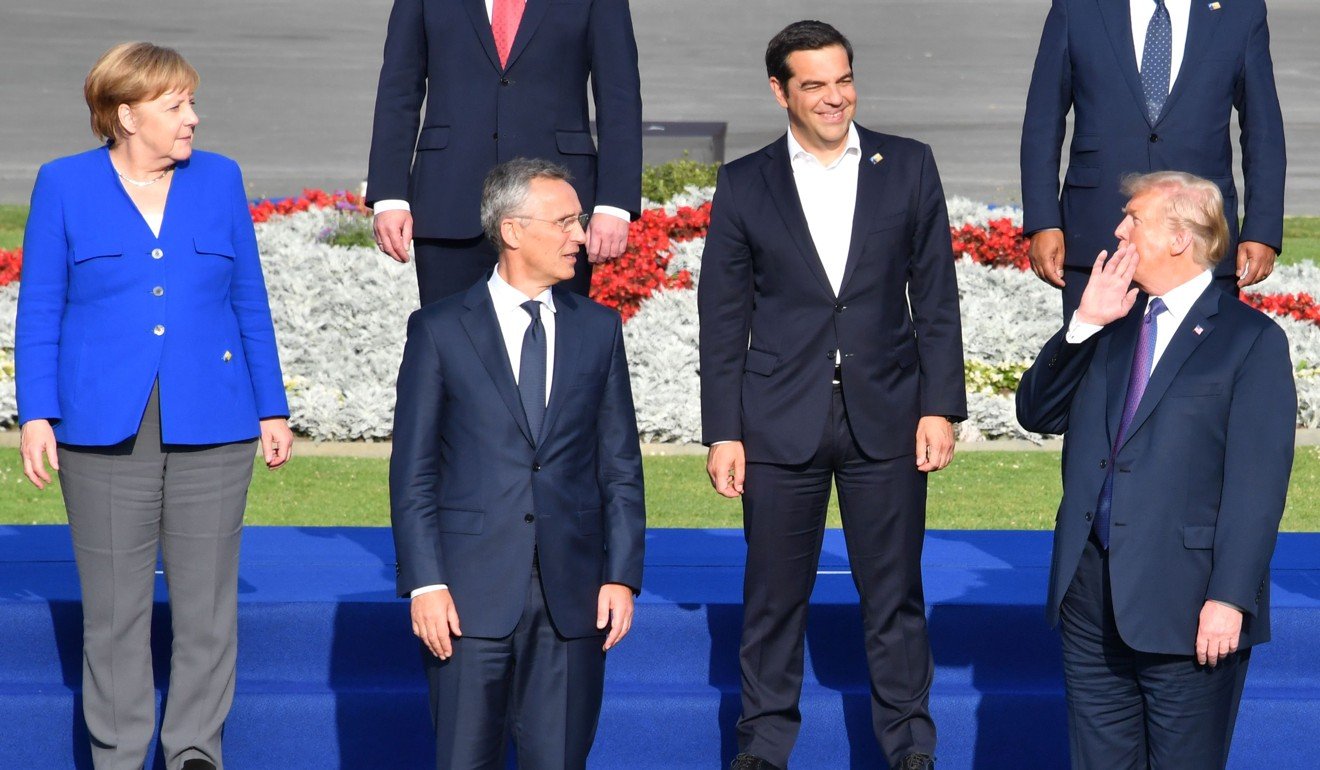 If the Trump tariffs damage Chinese trade surpluses significantly when Beijing is also having to rein in credit-fuelled domestic demand, that could prove to be a double bonus for the US. It erodes China’s overall economic growth and development potential, as well as its ability to “throw money” at overseas infrastructure and other projects.

There also appear to be elements of a poker game in the Pompeo-led strategy. It seeks to create the impression that the US is holding a very strong economic hand when in fact a recent economic growth surge there owes much to one-off tax cuts. The poker hand also employs economic bluff in hinting at a coming new surge in US private sector investment in Asia.

During a series of recent meetings with heads of Asean in Singapore, Pompeo made obvious attempts to lure the 10 member states back into the US fold and out of China’s embrace. Selected media were, meanwhile, treated to international teleconferences to spread the word that America is “back” in Asia.

This was not just a matter of emphasising Washington’s commitment to Southeast Asian security (although Pompeo did promise a further US$300 million in this area). What was notable was the stress placed on the wisdom of doing things “the American way” (rather than the Chinese way) when it comes to business affairs.

Pompeo drew a clear, if not specifically stated, comparison with Beijing’s belt and road scheme, where complaints have been heard about infrastructure projects designed with China’s strategic and business interests in mind, and about opaque deals that encourage recipient countries to plunge into debt to an extent that forces them to cede project equity.

Whatever the merits of the US approach, however, the fact is that the ability of the world’s largest economy to “put its money where its mouth is” is open to question. US firms have so far shown no great appetite for Asian infrastructure (as distinct from manufacturing) investment, while federal power to marshal such resources is limited. 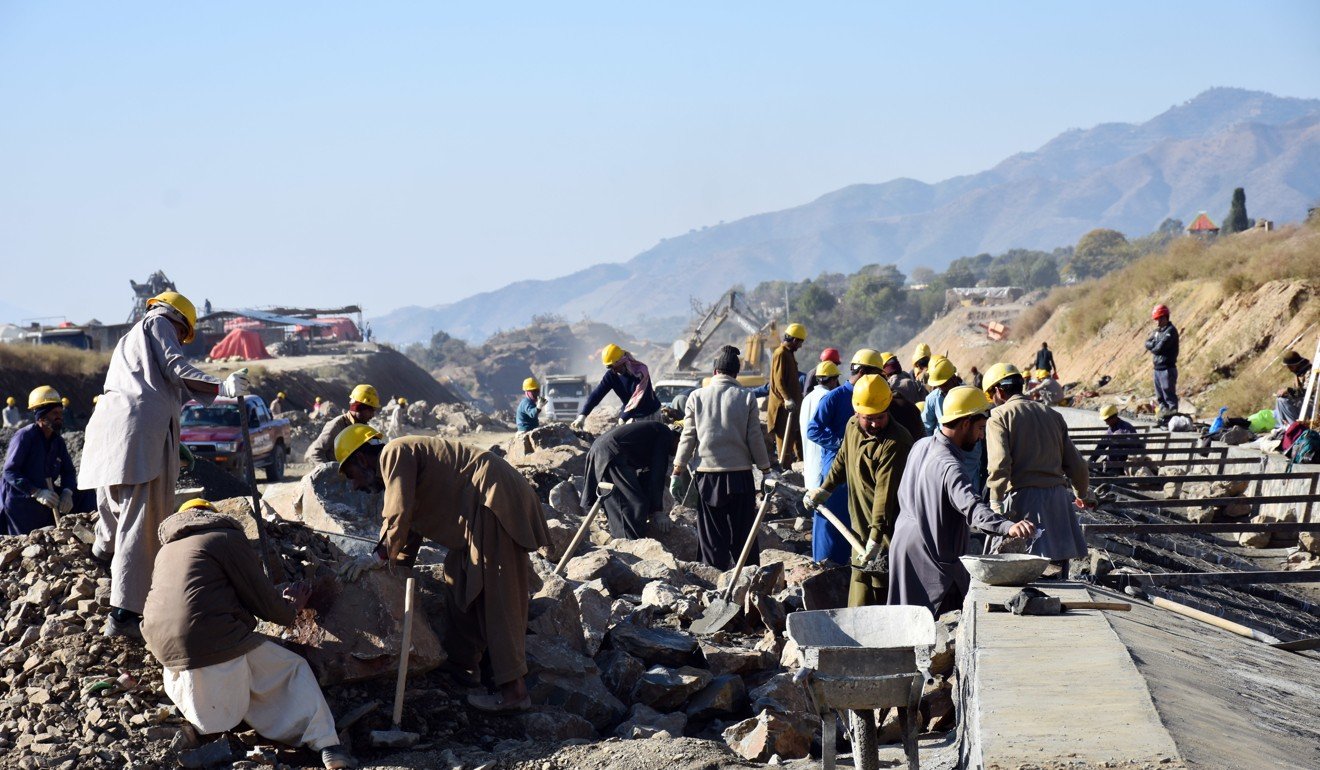 The State Department hints, however, that the US is fighting back on this front, too. A bill currently before the Senate would double US development finance capacity to US$60 billion to support private investment in “strategic opportunities abroad”. Yet this is tiny compared to Asia’s infrastructure and other investment needs, which the Asian Development Bank has put at around US$26 trillion.

Whether the new US strategy represents a carefully crafted plan to counter China’s economic and geostrategic rise, or whether it is one of a series of coincidental moves, it pleases Japan. Tokyo has long resented being pushed by China into third place among global economies, and also the diplomatic clout that Beijing has attained.

If Washington and Tokyo work together in cooperation with Southeast and South Asianpower s, plus Australia, to forge a new cooperative forum for regional investment, that could threaten China’s ascendancy. The recently formed Indo-Pacific Business Forum in Washington could mark the beginning of such a concerted move. Whether it’s chess or poker, the game, it would seem, is afoot.

A North Korean soldier fled across a heavily fortified border to defect to South Korea early Saturday, the military...

Your warships can pass, but don’t stay, Malaysia tells China, US

Olympics: IOC steps up drug tests ahead of Winter Games