With Donald Trump bringing xenophobia back, it’s an awful time to be a Chinese abroad

With Donald Trump bringing xenophobia back, it’s an awful time to be a Chinese abroad

As the US-China trade war escalates, it’s hard to be blind to the impact it has on the rest of the world. For one thing, Chinese-Americans are already feeling the heat – finding that their loyalties are increasingly, constantly called into question. It’s not just answering “Where are you really from?”; now it’s also, “Whose side are you on?”

It reaffirms not only the awful reality that Chinese-Americans are considered perpetual foreigners, but as Frank Wu, chairman of the Committee of 100 and former dean of the University of California Hastings College of the Law, said, “Even if you’re born in America, even if your family has been here for generations, people look at you and think you must be a foreign agent or a spy or you’re up to no good.”

If almost every Chinese student at an American college is a spy, it must follow that there are Fu Manchu’s and Fah Lo Suee’s running amok, lurking around, readying to threaten the Western world. Xenophobia towards East Asian people is not a relic of Western colonialism, fear of the “yellow peril” is very much alive today.

The escalating trade war between South Korea and Japan, explained

Trade war thumps confidence, sending acquisition activity in Asia to a six-year low in the half, Mergermarket data shows

If it was ever a cancer in remission, it’s back with a vengeance, coming to the fore again with the trade war and China bashing. The xenophobia has been shamelessly tweeted and prominently featured, most recently at the United Nations’ annual meeting.

Although China wasn’t the only country attacked by United States President Donald Trump in his speech, and even though he made it a point to express his “great respect and affection for my friend President Xi”, the hostility towards the Chinese was on full blast.

Having an unabashed bully as the leader of the free world has consequences. Such antagonism, coupled with the notoriety of ill-behaved Chinese tourists, has engendered an increasing hostility towards China or, at least, a lack of inhibition about showing that animosity.

Take Sweden, for example. Following the mistreatment of Chinese tourists by Swedish police officers in early September, the Swedish television show Svenska Nyheter added insult to injury: it had to post a video of a tongue-in-cheek guide for Chinese tourists on the Chinese site Youku, advising them not to defecate on the streets and mistake pet dogs for lunch. While the Swedes have insisted it was satire, let’s not kid ourselves. It is racist and offence was intended.

The fact is that the UN has been concerned about the level of racism in Sweden for quite some time. And as we know, racists don’t discriminate. 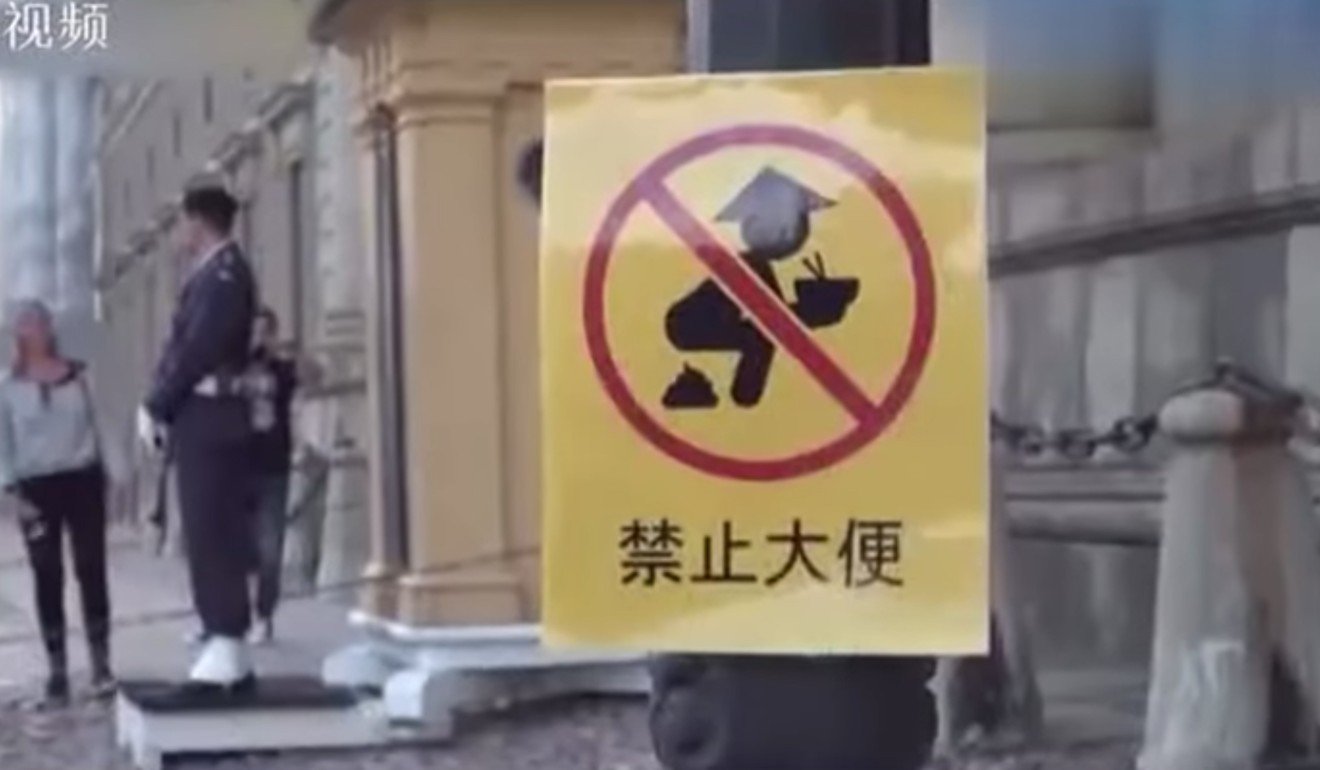 In a recent report, the UN Committee on the Elimination of Racial Discrimination spotlighted unhealthy trends in Sweden, including “racist hate speech against Afro-Swedes, Jews, Muslims and Roma”, “arson attacks against mosques and reception centres for asylum seekers”, and the prominence of “racist and extremist organisations”. Also, the committee chastised the authorities for not treating neo-Nazi crime as terrorism. Given the depth of Swedish hate, it isn’t surprising some Swedes have jumped on the China-bashing bandwagon.

Of course, misbehaving Chinese tourists don’t help, but then misbehaving tourists aren’t limited to the mainland Chinese. And of course, Chinese officials’ loud calls for the “great rejuvenation of the Chinese nation” have actually made life difficult for ethnic Chinese overseas, turning them into targets of xenophobes.

What leaders in Beijing need to take careful note of is how all of this – the trade war with the US, the growing global hostility towards China – is shaping the national consciousness of the Chinese. As obsessed as it is with cultivating a sense of national identity in Hong Kong’s youth, it is politics played on a global stage and the Chinese government’s responses that will influence Hongkongers’ sense of themselves as Chinese nationals, far more than any top-down curriculum or programme.

On this National Day, perhaps it’s time to think about the challenges of being Chinese in an increasingly Chinese-unfriendly world.

Thailand and Malaysia are different

Japan’s justice minister said Wednesday the country will draw up “comprehensive measures” by the end of the year for...